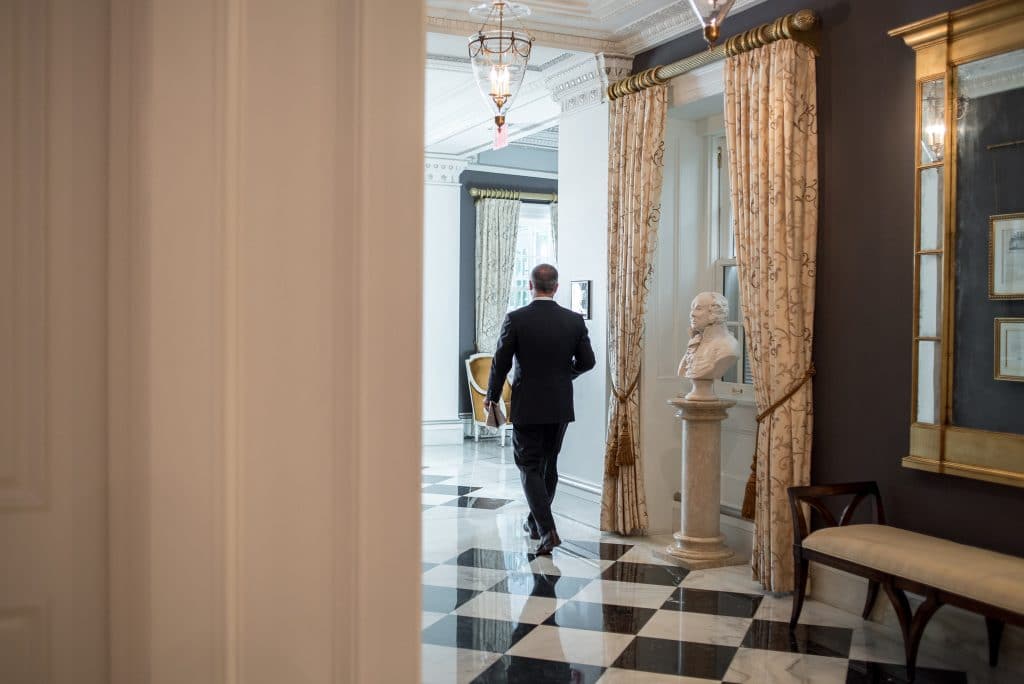 Chris Ashby is a lawyer, former political speechwriter and veteran campaign operative. He combines in-depth legal knowledge and sound political judgment to help his clients navigate a complex, multi-layered and ever-changing maze of federal, state and local laws and regulations governing participation in the political process.

During his legal career, Chris has represented Fortune 100 and 500 corporations, advised several presidential campaigns and counseled senatorial and congressional candidates, statewide campaigns and politically active non-profit organizations. He has defended elected officials and campaign consultants in high-stakes political investigations, is one of the country’s most experienced recount lawyers and represented one of the largest Super PACs in the 2015-2016 federal election cycle. He also is pioneering the use of LLCs and other for-profit corporate forms for political purposes.

In 2017, Washingtonian listed Chris as a “top lawyer” for campaign and election law. Washington, D.C. and Virginia Super Lawyers magazines have identified Chris as a “rising star” in the practice of governmental (2007) and political law (2008-2015). The American Spectator has reported that he is “one of the best in the country for this kind of thing.”